When we gave Milo’s trike to Greg, we could see how excited he was (and Milo too, of course!) to get going. But even though he was a gold medal athlete, he was a relative rookie when it came to trikes.

That’s what our play expert tips and tricks are for: to show how our Trikes grow with the Little Trikers themselves, and how their features can be used to make the most of fun and activity at every stage.

Here’s how Greg, Susie, Milo and their friends put our advice into action!

Now this was little Milo when he first got out and about. Just getting to see the wide world, moving about, all with the safety of his trike’s harness and handlebars.

Milo was super active, crawling, climbing and rolling every which way. The trike’s comfy footrests gave him a chance to go upright for the first time. Looks like he’s loving the new view!

It’s been doing wonders for him getting his feet going too, putting more power in his legs. Of course it’s mostly dad pushing at this stage, but that’ll change soon, if Milo’s energy is any indication! He’s already taking hold of the handlebars like he’s in control – great for him to get a sense of moving on his own.

Milo was a bit too little for this, but he’ll be getting there before you can say “ready, steady, go”. When he reaches this stage, he’ll be doing some pedalling of his own. Greg and Susie will still be the boss, but Milo’s slowly taking over. Like his dad, there seems to be a bit of Sporty Triker in him.

What’s important to know in this stage is that children tend to want more control, but still secretly love having mum and dad about. 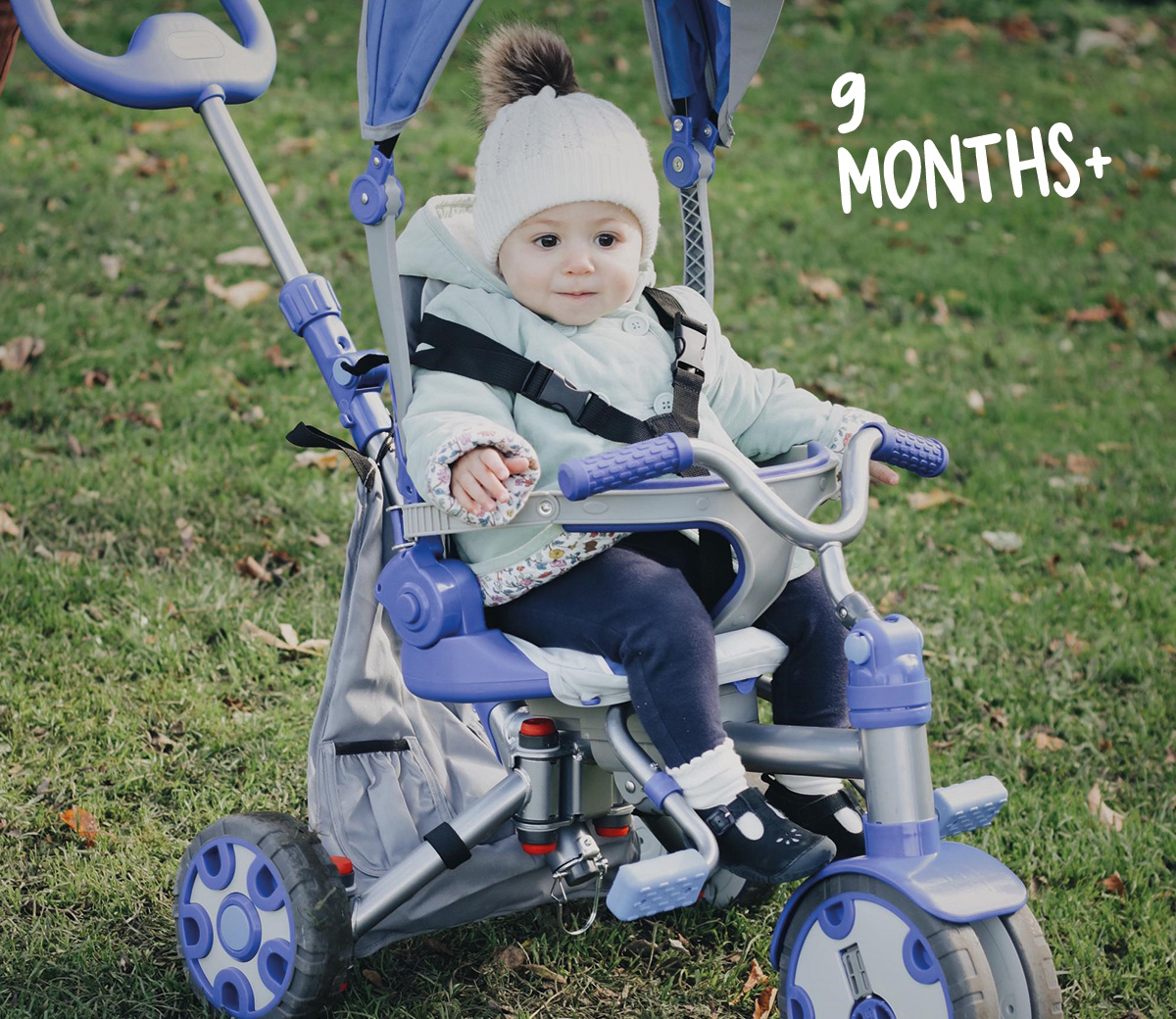 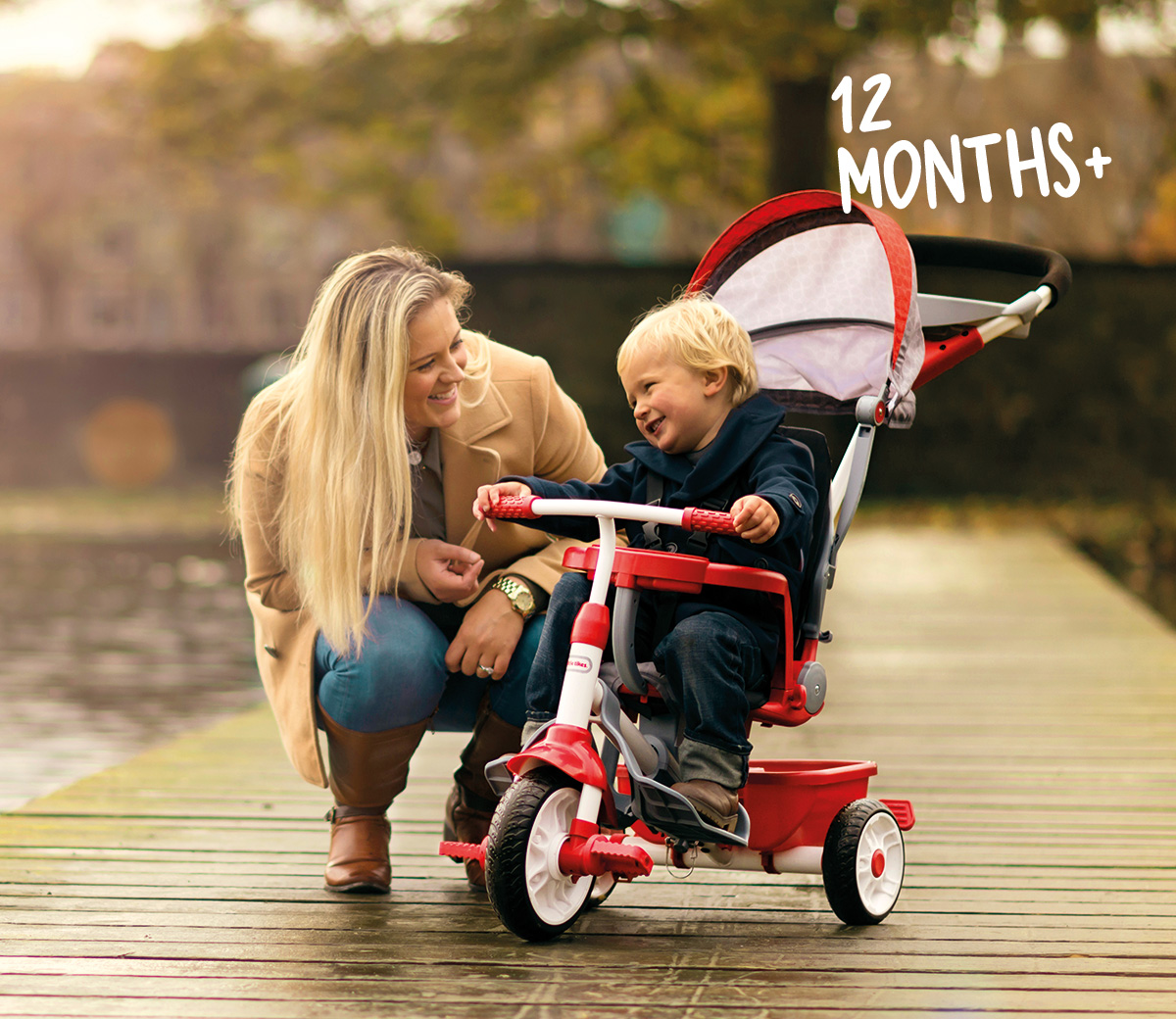 Milo’s slightly older friend Jimmy is just into this stage, so our tips helped him out quite a bit. Jimmy is quite independent, turning into quite an Off-road Triker. He likes narrating his discoveries as he’s steering and pedalling. Mum and dad secretly lend a hand whenever he runs into trouble, but shhh… he doesn’t need to know that!

Another of Milo’s friends, on the other hand, has turned into quite a chatty Urban Triker, waving and smiling at everyone as they take trike trips through the city.

Time to go out on your own! The pole’s been taken out, the controls are all with the little one. Don’t forget the crash helmet though!

This is the stage that Milo’s friend Emma is at right now. Very much a master of her trike, she knows all the bells and whistles about it. A Tenacious Triker in the making… At this point the trike is a little one’s cool companion in exploring the world, from neighbourhood park to flowery field, from country trek to city stroll. 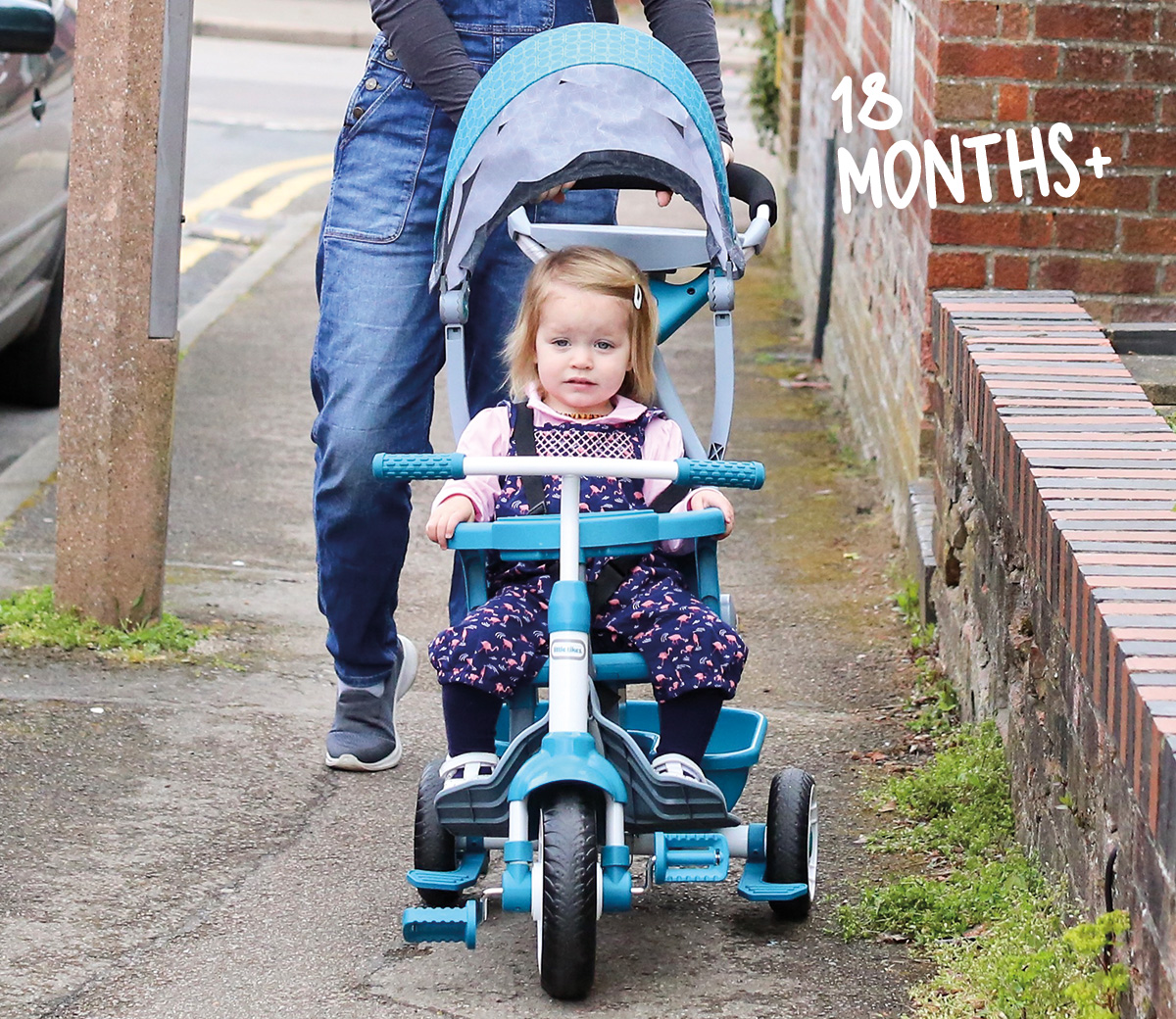 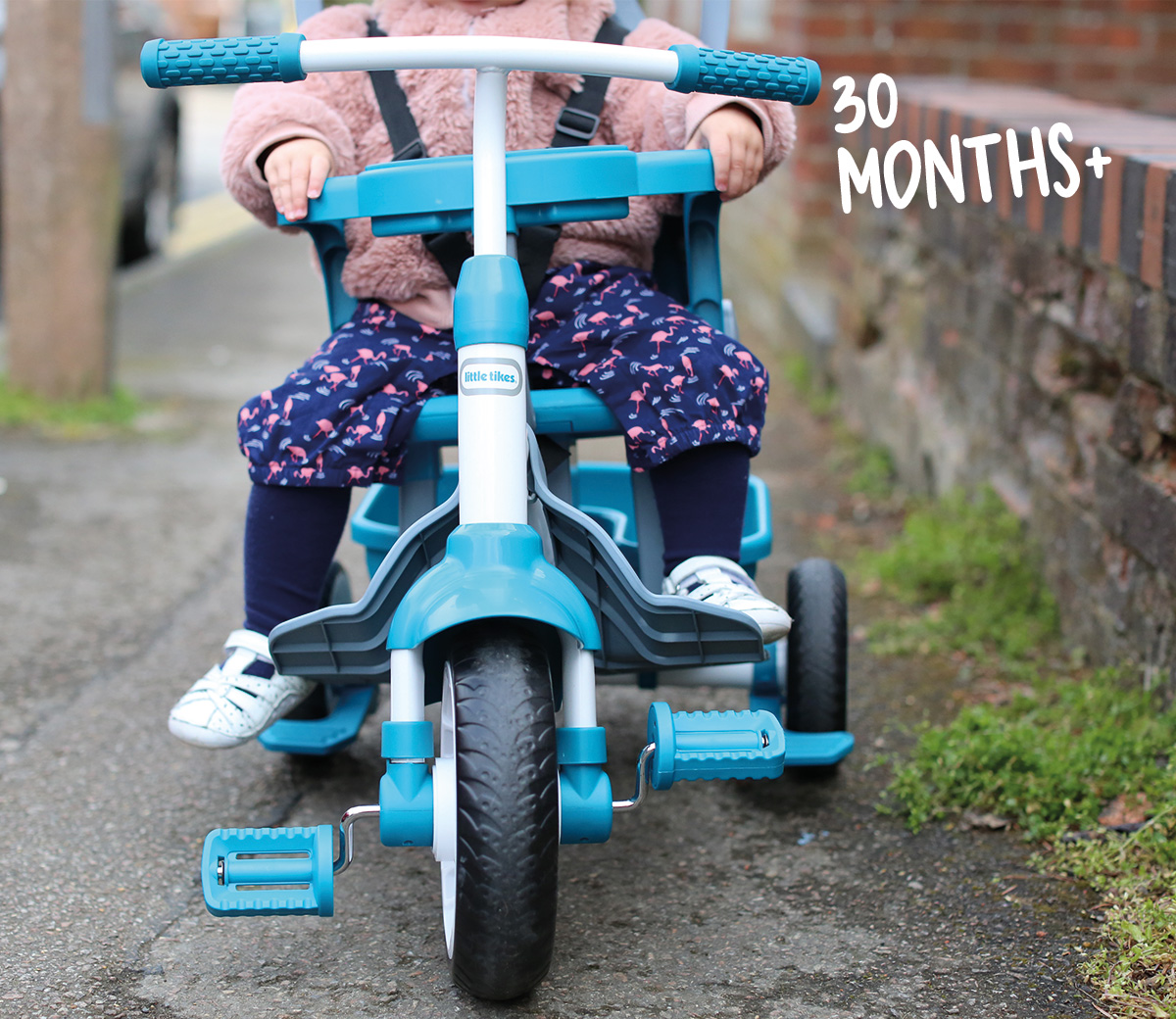 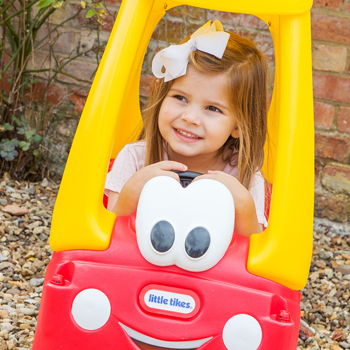