It might be compact in design but there’s nothing small about Cozy Coupe®’s reputation – the red and yellow car is big news around the world.

One of Little Tikes’ classic and most famous toys, Cozy Coupe® has been revving up excitement in families for generations. As this childhood staple turns 40 years old while the Little Tikes brand celebrates its 50th anniversary, we take a look back at the car’s history and achievements.

Introducing the new king of the road 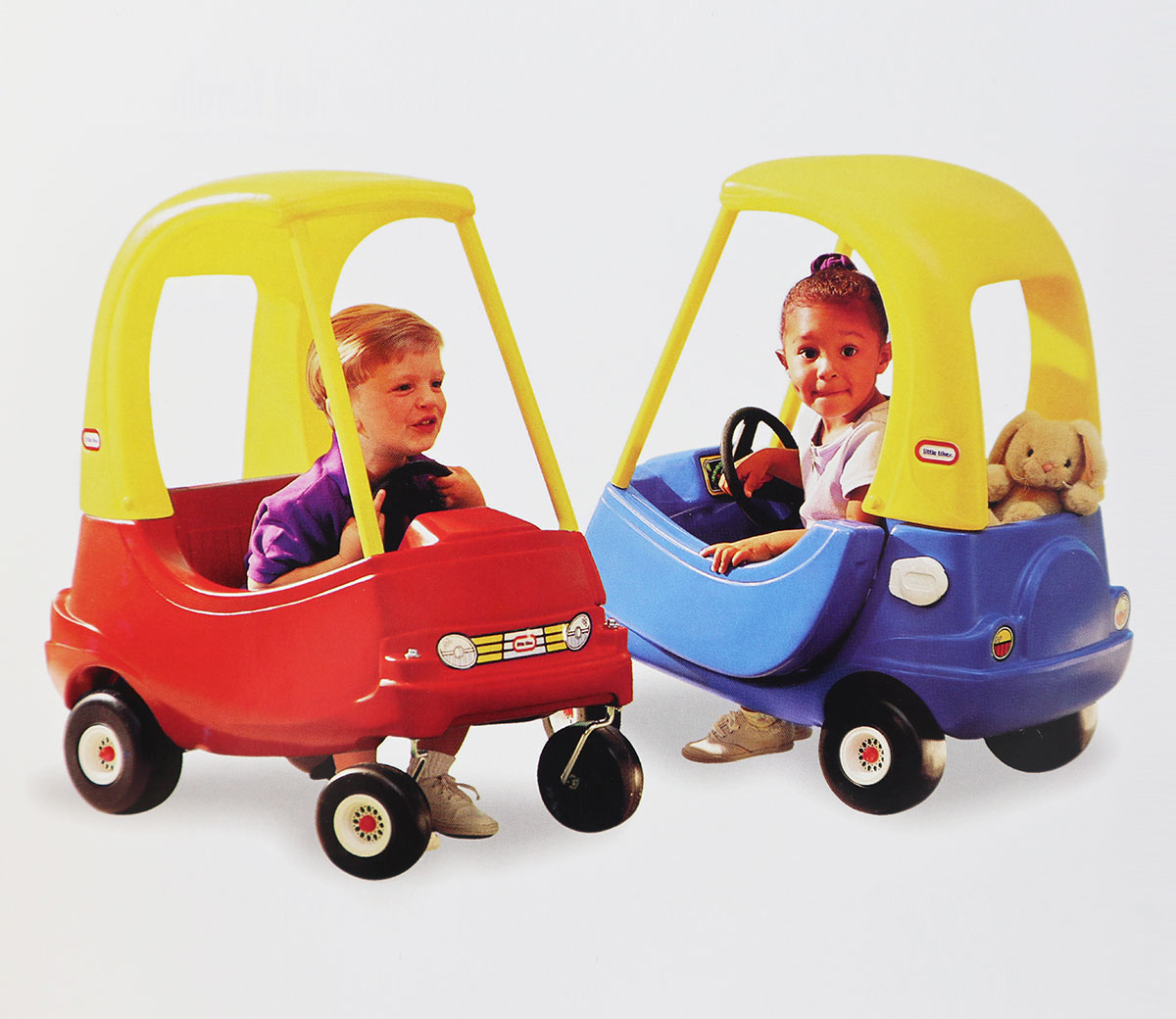 In 1979, the very first Cozy Coupe® entered the world. It was the product of drawings by Chrysler designer Jim Mariol and was manufactured and launched in Tikes’ home city of Hudson, Ohio. It weighed in at 19lbs 12oz and measured 2.6 feet in height and little ones quickly came to adore it. The car soared in popularity and was named the ‘world’s best-selling car for much of the decade’ by the New York Times. By 1991, the Cozy Coupe® was named the best-selling car in America and achieved a name for being the best-selling car in the UK too, clinching first place above the Ford Fiesta.

In 1999, as Cozy Coupe® celebrated its 20th birthday, the car was given a makeover. It was redesigned for a sturdier and more enjoyable ride, while its overall look was updated with wider, more pronounced roof poles. And in 2003, it smashed a new record – more than 10 million cars had been sold around the world. 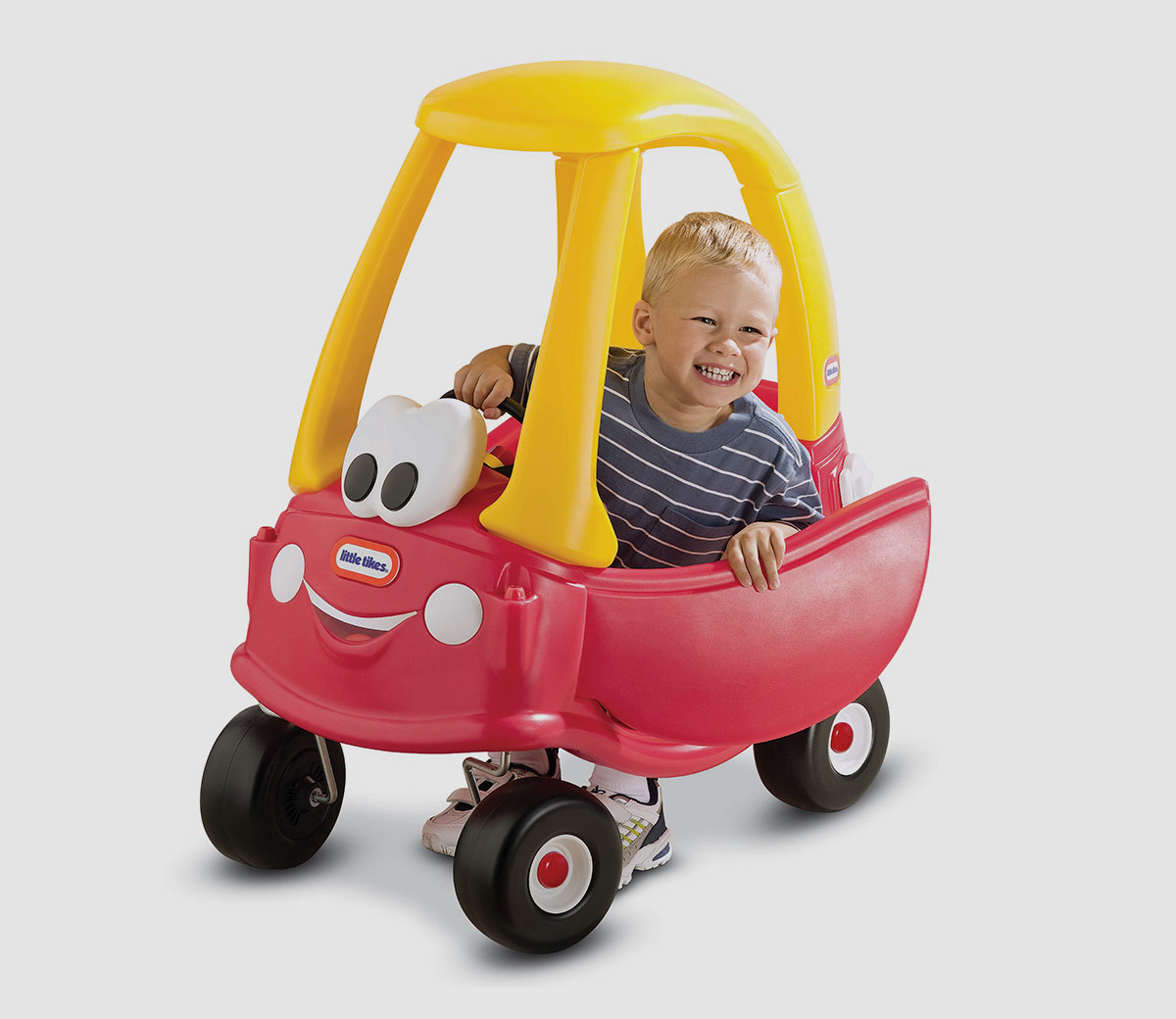 The much-loved car turned 30 in 2009 – and celebrated in style after being awarded the Lifetime Achievement Award for three decades of stellar service. Cozy was given a facelift and cartoon eyes and a smile were added to its design. Cup holders were added for convenience and several new versions – including Princess Edition and Ride and Rescue Fire Truck – were released to excitable mini drivers.

In recent years, we’ve released further versions of Cozy, including the Magical Unicorn Carriage, which is adored by celebrity mums. Cozy Coupe® and every one of its variations puts the focus firmly on little ones’ imaginations. At Little Tikes, we’re big believers in promoting active play and giving these mini explorers everything they need to spark their creativity and understand the world around them. 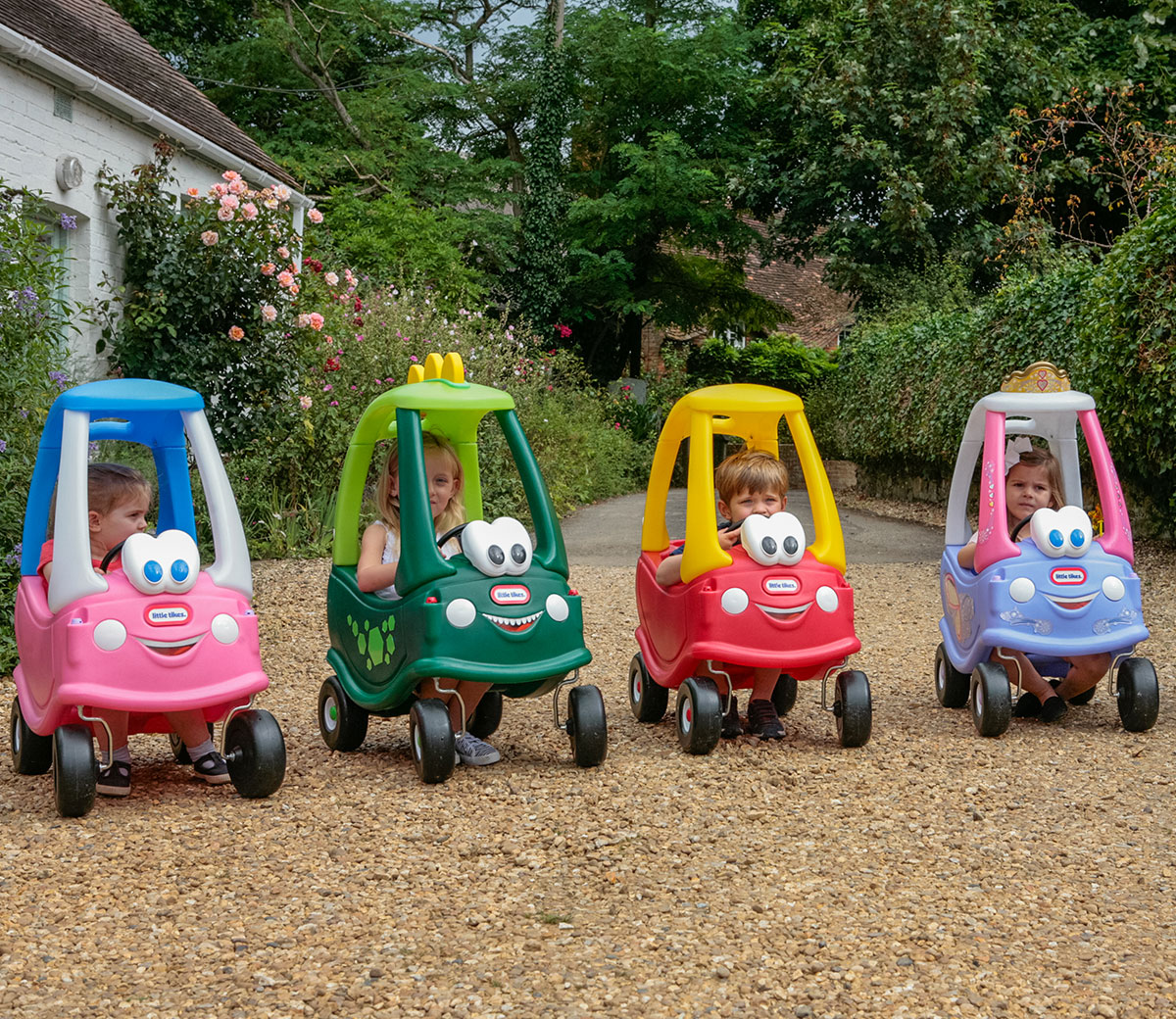 A working horn, 360-degree rugged wheels and a detachable floor have ensured Cozy Coupe® has remained a firm favourite in the eyes of children everywhere. And in our 50th year, as we look to another decade of creating play, we’re confident Cozy will continue to bring enjoyment to little ones the world over. 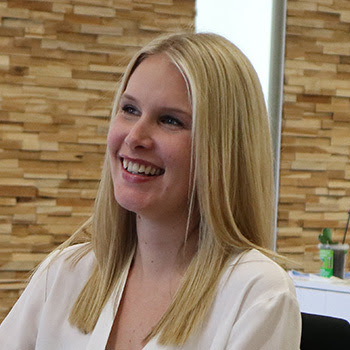